This is Paul, the bass player and man behind the scenes of Fleetwood Mask.  It's finally my turn to share the story and some history of the band.

Fleetwood Mask is barely a year old and it is amazing to think back through everything we have done in 2012 and where we are going into 2013.

In November of 2011, I had an emotional holiday period, and was reflecting on how much I missed being in a band.  I remembered talking to Barbara about being Christine McVie for a Fleetwood Mac band with Claudette as Stevie and me as John.  Barb had never heard us, but agreed to come over and give it a try.

We started with a few jam sessions at Casa de Jones-Rodrigues music room in late December 2011 and January of 2012.  We quickly went from a few people who liked Fleetwood Mac songs, to a group with a vision, in need of a Lindsey Buckingham and Mick Fleetwood... some big shoes to fill, indeed! 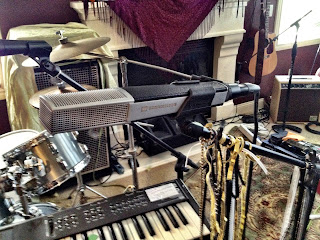 Steve and Don agreed to give it a try, and we were on our way.  We practiced when we could, and I worked on pulling together a PA so the singers could hear themselves over the amps and drums.  Along the way, we learned that a glass of peppermint tea, a little red wine, or a shot of Jameson calmed the nerves and kept everyone happy until we were done for the day.

Somehow we managed to pull together an hours worth of songs and agreed to perform at a June benefit fundraiser for Don's little league organization. 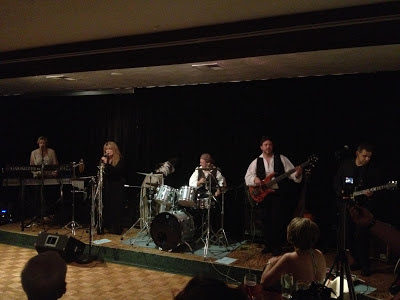 From the stage at the Englander in San Leandro, we shared a home grown PA with the other band, the San Leandroids, and had a successful opening show with encouragement from our friends and families.

In July, we saw Bella Donna, a Stevie Nicks and Fleetwood Mac tribute band, perform at a local country club summer festival.  Claudette and Michelle bonded and I captured some of that "White Witch" magic with their auras getting to know each other after the show... 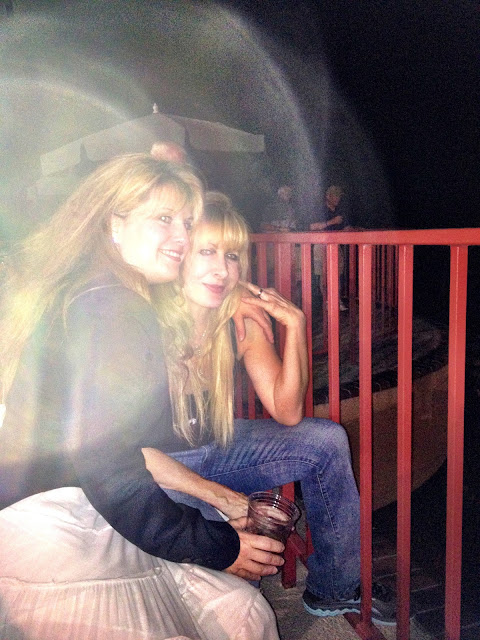 Through the rest of the summer, we did a few local bar gigs and added Debra as a backup vocalist.  We recorded a promo video with Karen at Tribute Video Productions and got our social media going...Facebook, Twitter, Blogging, oh my... if my mom could see me now?!

While scouting for places to play and record, we entered the Classic Cover Band competition against about 20 bands at Red House Studios. 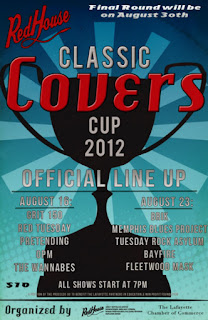 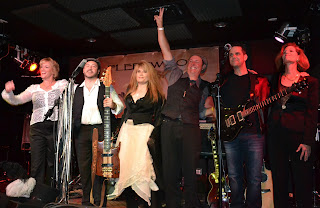 We won the Cup, and were rewarded with a well paying show at the Lafayette Art and Wine Festival, along with our first set of trophies.

Into the fall, we played at the Twilight by the Lake Festival in Oakland, and managed to get in some family vacations. 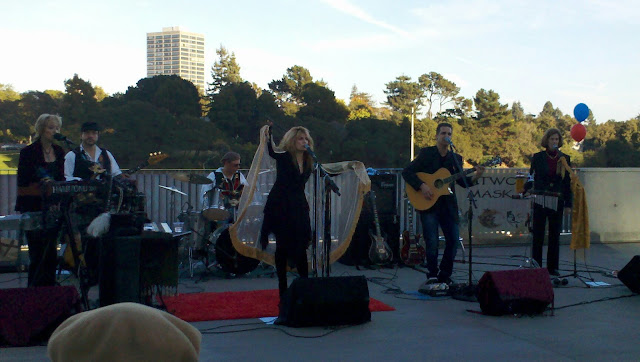 We learned more songs, and started making plans for the new year.   We did a few more bar gigs and private parties and spent time getting to know other tribute bands like Pretending and Petty Theft... 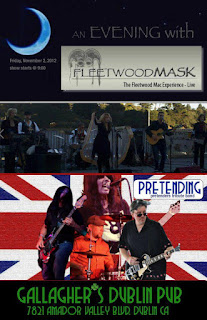 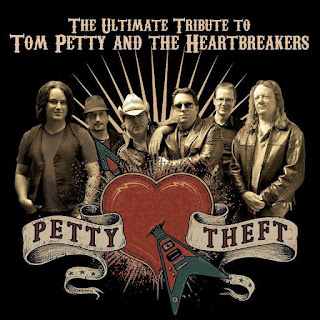 Claudette sat in with Petty Theft at the Chicken Ranch Casino and they did a nice job on "Stop Draggin' My Heart Around". 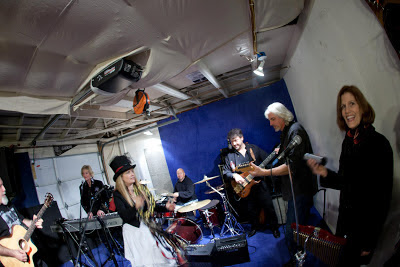 At the end of 2012, we enjoyed a really fun New Years Eve party with many local musicians and tribute band players.  Fleetwood Mask played a few sets and we had a mixed jam session that went until early in the new year.

2013 is shaping up to a big year for the band.  We already have festivals and club gigs lined up through the fall.  Our dedication to performing Fleetwood Mac's songs as they were created is what people seem to like.  Early this month, we decided to add Mark Varnes as a second guitar and backup vocalist who can add more texture to our sound and fill in the complex arrangements that Lindsey, Bob, Peter, Rick, and others laid down in the studio over the last 40 years.

Through 2013, we will expand our set lists bringing in more early Fleetwood Mac from the Peter Green and Bob Welch era.  We will add more new songs, too. With Stevie Nicks, Lindsey Buckingham and the full Fleetwood Mac band touring (less Christine McVie of course), there is a broad set of choices for us to create unique show compilations.

Thanks to everyone who has been with us through 2012 and into 2013.  This year is going to be a great year for live music and a fantastic year for Fleetwood Mask, too!
Posted by Fleetwood Mask at 12:26 AM No comments: